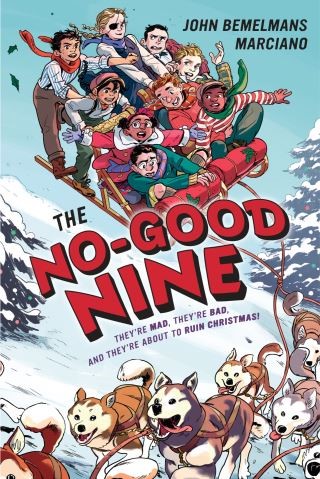 They're mad, they're bad, and they're about to ruin Christmas!

No kids get coal in their stocking these days. Do you know why? It's thanks to The No-Good Nine!
Pittsburgh, 1931. When Peter awakens on Christmas morning to find his stocking full of coal, he is outraged. After he finds the Naughty List, which contains the names of some other children who received no gifts, he decides they should band together and journey to Santa's workshop to plead their case, as well as play with the toys intended for the Nice children. The ragtag band of misfits sets out on a series of wild misadventures as they travel by train, truck, dog sled, and boat, encountering thieves and bootleggers, in order to reach the renowned Toy Factory only to accidentally burn it down. More slapstick capers follow before the No-Good Nine extricate themselves and set out to find their next great adventure.