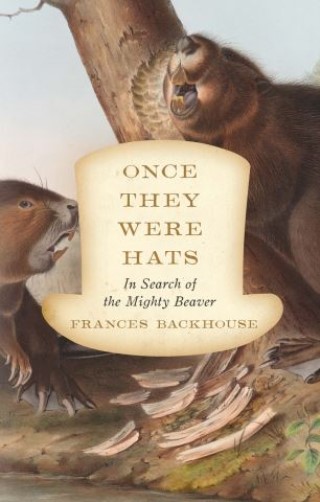 Once They Were Hats

In Search of the Mighty Beaver

“Unexpectedly delightful reading—there is much to learn from the buck-toothed rodents of yore” (National Post).

Beavers, those icons of industriousness, have been gnawing down trees, building dams, shaping the land, and creating critical habitat in North America for at least a million years. Once one of the continent’s most ubiquitous mammals, they ranged from the Atlantic to the Pacific, and from the Rio Grande to the edge of the northern tundra. Wherever there was wood and water, there were beavers—sixty million, or more—and wherever there were beavers, there were intricate natural communities that depended on their activities. Then the European fur traders arrived.

Once They Were Hats examines humanity’s fifteen-thousand–year relationship with Castor canadensis, and the beaver’s even older relationship with North American landscapes and ecosystems. From the waterlogged environs of the Beaver Capital of Canada to the wilderness cabin that controversial conservationist Grey Owl shared with pet beavers; from a bustling workshop where craftsmen make beaver-felt cowboy hats using century-old tools to a tidal marsh where an almost-lost link between beavers and salmon was recently found, it’s a journey of discovery to find out what happened after we nearly wiped this essential animal off the map, and how we can learn to live with beavers now that they’re returning.

“Fascinating and smartly written.” —The Globe and Mail (Toronto)

Frances Backhouse: Frances Backhouse is the author of five books, including Children of the Klondike, winner of the 2010 City of Victoria Butler Book Prize. She is also a veteran freelance magazine writer and teaches creative nonfiction at the University of Victoria. She lives in Victoria, British Columbia.