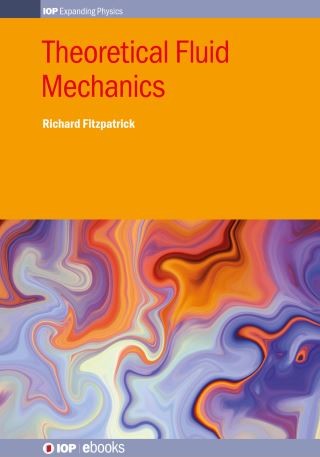 Theoretical Fluid Mechanics has been written to aid physics students who wish to pursue a course of self-study in fluid mechanics. It is a comprehensive, completely self-contained text with equations of fluid mechanics derived from first principles, and any required advanced mathematics is either fully explained in the text, or in an appendix. It is accompanied by about 180 exercises with completely worked out solutions. It also includes extensive sections on the application of fluid mechanics to topics of importance in astrophysics and geophysics. These topics include the equilibrium of rotating, self-gravitating, fluid masses; tidal bores; terrestrial ocean tides; and the Eddington solar model.