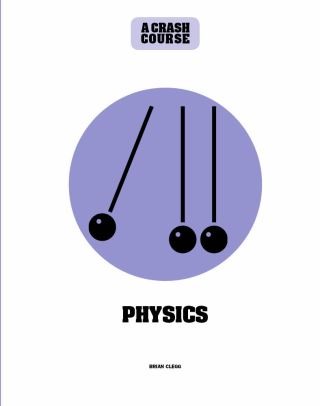 Physics: A Crash Course is the quickest way to get up to speed with the most fundamental of the sciences.

Physics tells us how the universe works – it’s behind most of our exciting technology, from space rockets and satellites to cell phones, from electric cars to MRI scanners.

This book distils the current body of knowledge into 52 manageable chunks, allowing you to to skim-read or delve in a bit deeper. There are four chapters, each prefaced by a set of biographies of the leading physicists and timelines of key events in the history of physics:

• Matter & Light outlines the forms different matter can take and the qualities of light.
• Energy & Heat explores different types of energy, and the specific form of kinetic energy that is heat.
• Quantum Physics brings in the central structures and implications, and developments in quantum theory.
• Motion & Relativity outlines the concepts of mechanics and the other greater transformer of physics, relativity.

Taking you from inside an atom to the edge of the universe. What else could it be but a crash course in physics?

Brian Clegg: Brian Clegg read Natural Sciences, focusing on experimental physics, at Cambridge University. He has written for numerous publications including Nature, the Times, the Wall Street Journal, and has lectured at Oxford and Cambridge universities and the Royal Institution. He is editor of the book review site www.popularscience.co.uk, and his publications include A Brief History of Infinity and How to Build a Time Machine.