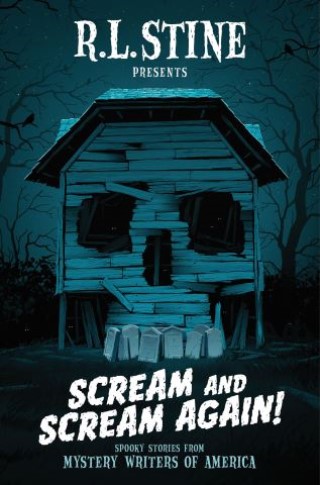 A harrowing array of scary stories that all have one thing in common: each either begins or ends with a scream!

R.L. Stine—the godfather of Goosebumps—and some of the most popular authors today bring an unrivaled mastery of all things fearsome, frightening, and fantabulous to this terrifying anthology of all-new scary short stories.

Scream and Scream Again! is full of twists and turns, dark corners, and devilish revenge. Collected in conjunction with the Mystery Writers of America, this set includes works from New York Times bestselling authors telling tales of wicked ice-cream trucks, time-travelling heroes, witches and warlocks, and of course, haunted houses.

R.L. Stine has more than 350 million English language books in print, plus international editions in 32 languages, making him one of the most popular children’s authors in history. Besides Goosebumps, R.L. Stine has written other series, including Fear Street, Rotten School, Mostly Ghostly, The Nightmare Room, and Dangerous Girls. R.L. Stine lives in New York with his wife, Jane, and his Cavalier King Charles spaniel, Minnie. Visit him online at www.rlstine.com.

Bruce Hale has written and/or illustrated over sixty books for kids and is the author of Clark the Shark; Clark the Shark Dares to Share; the award-winning Chet Gecko Mysteries series; Snoring Beauty, one of Oprah’s Recommended Reads for Kids; and the School for S.P.I.E.S. series. In his free time, Bruce enjoys hiking, watching movies, and making music. He lives in Santa Barbara, California, with his wife, dog, and many hats. You can catch him online at www.brucehale.com.

Chris Grabenstein is a New York Times bestselling author and the winner of multiple awards for his Haunted Mystery series. He lives in New York City with his wife, JJ, two cats, and a dog named Fred, who starred on Broadway in Chitty Chitty Bang Bang.

USA Today and New York Times bestseller Wendy Corsi Staub is the award-winning author of more than seventy novels and has twice been nominated for the Mary Higgins Clark Award. She lives in the New York City suburbs with her husband and their two children.