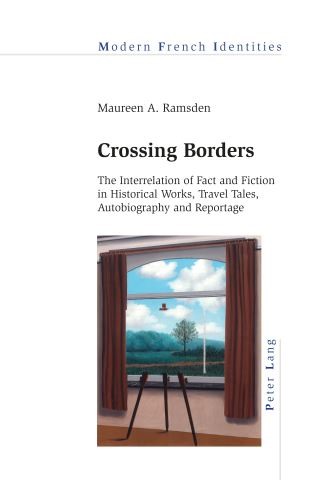 The Interrelation of Fact and Fiction in Historical Works, Travel Tales, Autobiography and Reportage

In the twentieth century, the boundaries between different literary genres started to be questioned, raising a discussion about the various narrative modes of factual and fictional discourses.
Moving on from the limited traditional studies of genre definitions, this book argues that the borders between these two types of discourse depend on complex issues of epistemology, literary traditions and social and political constraints. This study attempts a systematic and specific analysis of how literary works, and in particular documentary ones, where the borders are more difficult to define, can be classified as factual or fictional. The book deals with several areas of discourse, including history, travel tales, autobiography and reportage, and opens up perspectives on the very different ways in which documentary works make use of the inescapable presence of both factual and fictional elements.

Maureen A. Ramsden: Maureen A. Ramsden obtained her PhD from Harvard University. She has held lectureships at the University of St Andrews and King’s College London, before her current teaching position at the University of Hull. She specialises in the interrelation of fact and fiction in documentary works and in the nineteenth- and twentieth-century novel. Her main interest is the study of Proust with a genetic and structural approach.