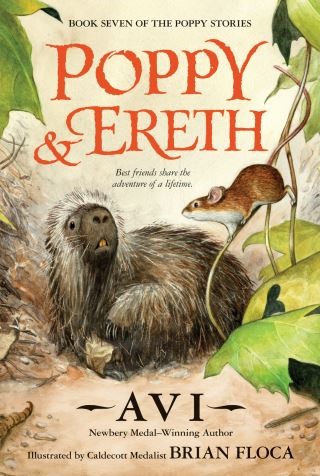 Poppy, a deer mouse, has spent the long winter curled up inside her tree snag home in Dimwood Forest. When the ground thaws and life returns to the woods, Poppy sets out in search of excitement. Suddenly, swooped up by Luci the bat, Poppy is flying high over the forest.

Meanwhile Poppy’s best friend, Ereth the grumbling porcupine, who was with Poppy when she vanished, is convinced that she has died. He sets out to give her the best funeral ever. Can Poppy find her way out of the bats’ cave to set Ereth straight and return home after the adventure of a lifetime?