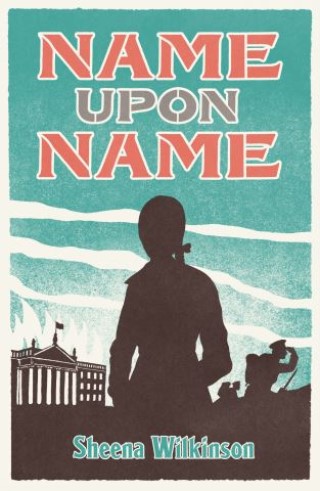 Belfast in 1916. Fourteen-year-old Helen is shaped by her mixed background – rural, Catholic Irish values from mum Kathleen; urban, Protestant Ulster ones from dad James. Her parents are relaxed in their politics but others in the family circle are more extreme – Aunt Violet is a die-hard anti-Home Ruler, more British than the king, while Uncle Sean is staunchly nationalist. These are the parents of Helen’s older cousins: Sandy, who joined the army straight from school and has already seen action in France, and Michael, who runs away from home to enlist. But before he leaves for France, Michael is deployed to Dublin to help quell the Rising, where he’s expected to open fire on his fellow Irishmen. Who and what are they fighting for?