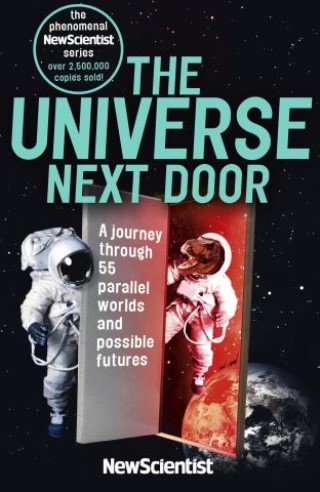 The Universe Next Door

A Journey through 55 Alternative Realities, Parallel Worlds and Possible Futures

Could there be a doorway to the multiverse in our backyard?

It's lucky you're here. But for a series of incredible coincidences and roads not taken, your life could be very different. The same goes for reality. We live in just one of many possible worlds. In others, dinosaurs still rule the Earth, the Russians got to the Moon first, time flows backwards and everyone is vegetarian.

And that's just for starters. What if the laws of physics were different? If we really did live in a multiverse? If robots became smarter than us? If humans were wiped off the face of the planet?

Join New Scientist on a thrilling journey through these and dozens of other incredible but perfectly possible alternative realities, thought experiments and counterfactual histories -each shining a surprising and unexpected spotlight on life as we know it.

New Scientist: Since the first magazine was published in 1956, New Scientist has established a worldbeating reputation for exploring and uncovering the latest developments and discoveries in science and technology, placing them in context and exploring what they mean for the future.

Each week through a variety of different channels, including print, online, social media and more, New Scientist reaches over four million highly engaged readers - over a million readers for the print magazine alone.