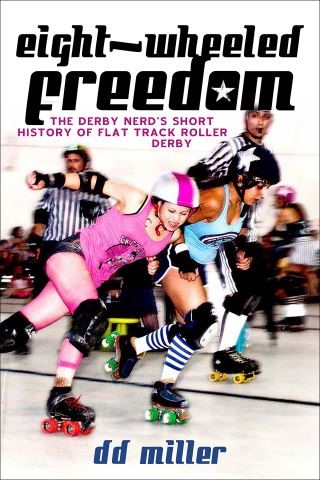 D. D. Miller is fascinated by roller derby. As the Derby Nerd he has been covering roller derby since 2009, travelling to games across Canada and the United States, including two world championships, reporting back to an ever-growing audience the details of the sport. In this entertaining and thorough book he explains roller derby to newcomers and charts the sport's rise from small groups of women looking for people to skate with over the Internet to the world presence it is today.

Along the way he considers roller derby's roots in Riot Grrrl and DIY culture, and the importance of the LGBTQ community both inside and outside of the sport. This is a warm, thoughtful look at a sport that Miller understands intimately, which takes us beyond the costumes and showmanship, into the heart of what he feels may be the first truly feminist sport.

D. D. Miller: D. D. Miller is originally from Nova Scotia but has lived, worked and studied all across the country. His work has appeared in a number of journals and anthologies including The Malahat Review, The Fiddlehead, and Eleven Eleven: Journal of Literature and Art. His first collection of short stories David Foster Wallace Ruined My Suicide and Other Stories was released in 2014. As the Derby Nerd, Miller is known around North America for his writing and commentary on roller derby, one of the world's fastest growing sports. He lives in Toronto.