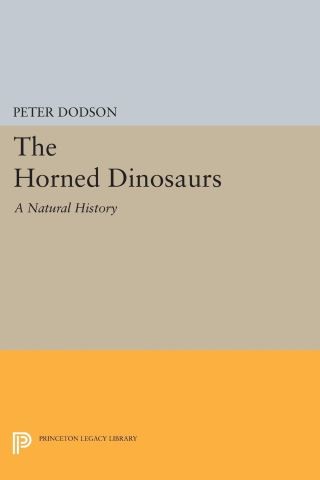 The horned dinosaurs, a group of rhinoceros-like creatures that lived 100 to 65 million years ago, included one of the greatest and most popular dinosaurs studied today: Triceratops. Noted for his flamboyant appearance--marked by a striking array of horns over the nose and eyes, a long bony frill at the back of the head, and an assortment of lumps and bumps for attracting females--this herbivore displayed remarkable strength in its ability to fight off Tyrannosaurus rex. It was also among the last dinosaurs to walk the earth. In telling us about Triceratops and its relatives, the Ceratopsia, Peter Dodson here re-creates the sense of adventure enjoyed by so many scientists who have studied them since their discovery in the mid-nineteenth century. From the badlands of the Red Deer River in Alberta to the Gobi Desert, Dodson pieces together fossil evidence to describe the ceratopsians themselves--their anatomy, biology, and geography--and he evokes the human dimension of their discovery and interpretation. An authoritative survey filled with many original illustrations, this book is the first comprehensive presentation of horned dinosaurs for the general reader. Dodson explains first the fascinating ways in which the ceratopsians dealt with their dangerous environment. There follows a lesson on ceratopsian bone structure, which enables the reader quickly to grasp the questions that still puzzle scientists, concerning features such as posture, gait, footprints, and diet. Dodson evenhandedly discusses controversies that continue, for example, over sexual dimorphism and the causes of the dinosaurs' disappearance. Throughout his narrative, we are reminded that dinosaur study is a human enterprise. We meet the scientists who charmed New York high society into financing expeditions to Mongolia, home of Triceratops' predecessors, as well as those who used their poker winnings to sustain paleontology expeditions. Rich in fossil lore and in tales of adventure, the world of the Ceratopsia is presented here for specialists and general readers alike.

The Princeton Legacy Library uses the latest print-on-demand technology to again make available previously out-of-print books from the distinguished backlist of Princeton University Press. These editions preserve the original texts of these important books while presenting them in durable paperback and hardcover editions. The goal of the Princeton Legacy Library is to vastly increase access to the rich scholarly heritage found in the thousands of books published by Princeton University Press since its founding in 1905.