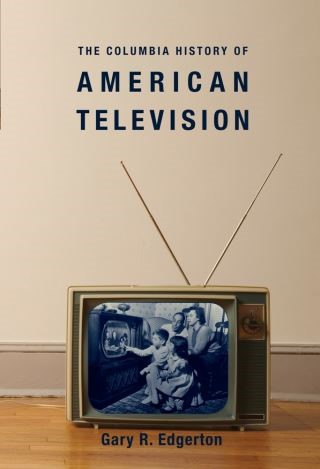 The Columbia History of American Television

Television is a form of media without equal. It has revolutionized the way we learn about and communicate with the world and has reinvented the way we experience ourselves and others. More than just cheap entertainment, TV is an undeniable component of our culture and contains many clues to who we are, what we value, and where we might be headed in the future.

Media historian Gary R. Edgerton follows the technological developments and increasing cultural relevance of TV from its prehistory (before 1947) to the Network Era (1948-1975) and the Cable Era (1976-1994). He begins with the laying of the first telegraph line in 1844, which gave rise to the idea that images and sounds could be transmitted over long distances. He then considers the remodeling of television's look and purpose during World War II; the gender, racial, and ethnic components of its early broadcasts and audiences; its transformation of postwar America; and its function in the political life of the country. He talks of the birth of prime time and cable, the influence of innovators like Sylvester "Pat" Weaver, Roone Arledge, and Ted Turner, as well as television's entrance into the international market, describing the ascent of such programs as Dallas and The Cosby Show, and the impact these exports have had on transmitting American culture abroad.

Edgerton concludes with a discerning look at our current Digital Era (1995-present) and the new forms of instantaneous communication that continue to change America's social, political, and economic landscape. Richly researched and engaging, Edgerton's history tracks television's growth into a convergent technology, a global industry, a social catalyst, a viable art form, and a complex and dynamic reflection of the American mind and character. It took only ten years for television to penetrate thirty-five million households, and by 1983, the average home kept their set on for more than seven hours a day. The Columbia History of American Television illuminates our complex relationship with this singular medium and provides historical and critical knowledge for understanding TV as a technology, an industry, an art form, and an institutional force.

Gary Edgerton: Gary R. Edgerton is professor and chair of the communication and theater arts department at Old Dominion University in Norfolk, Virginia. He has published eight books and more than seventy book chapters and journal articles on a wide assortment of television and media history topics, and is coeditor of the Journal of Popular Film and Television. In 2004 he received the American Culture Association Governing Board Award for Outstanding Contributions to American Cultural Studies.