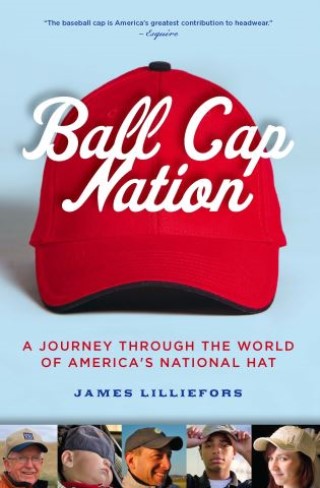 A Journey Through the World of America's National Hat

As the country grows increasingly diverse and complicated, Americans seek, and occasionally find, a common thread to unite them. And, as Jim Lilliefors reveals in his new book, that common thread is what the baseball cap is made of -- indeed, what has transformed it into America's National Hat. As fads go, it's no longer even a fad, but a part of the national identity that, for better or worse, is a symbol of America. It feeds an illusion that Americans cherish -- that despite their differences, and no matter what position they play -- when wearing a baseball cap, they're all part of the same team. Exploring every aspect of caps and their culture -- including the history, manufacturing, and evolution of baseball caps; collecting and caring for caps; cap etiquette; and even cap urban legends -- and packed with photos throughout, Ball Cap Nation is a delightful look at a uniquely American phenomenon.