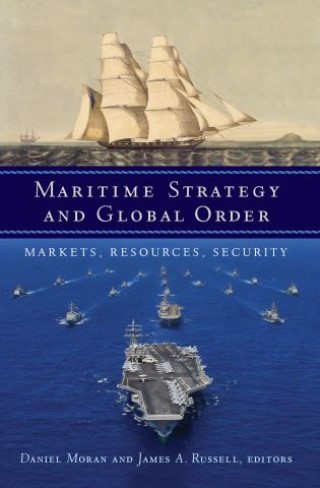 Taken for granted as the natural order of things, peace at sea is in fact an immense and recent achievement—but also an enormous strategic challenge if it is to be maintained in the future. In Maritime Strategy and Global Order, an international roster of top scholars offers historical perspectives and contemporary analysis to explore the role of naval power and maritime trade in creating the international system.

The book begins in the early days of the industrial revolution with the foundational role of maritime strategy in building the British Empire. It continues into the era of naval disorder surrounding the two world wars, through the passing of the Pax Britannica and the rise of the Pax Americana, and then examines present-day regional security in hot spots like the South China Sea and Arctic Ocean. Additional chapters engage with important related topics such as maritime law, resource competition, warship evolution since the end of the Cold War, and naval intelligence.

A first-of-its-kind collection, Maritime Strategy and Global Order offers scholars, practitioners, students, and others with an interest in maritime history and strategic issues an absorbing long view of the role of the sea in creating the world we know.