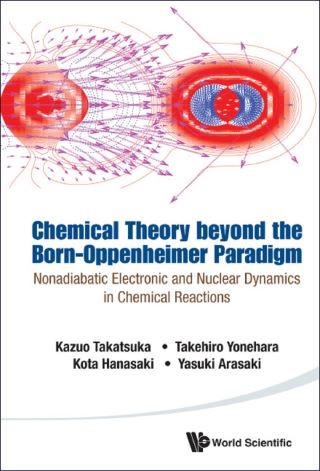 This unique volume offers a clear perspective of the relevant methodology relating to the chemical theory of the next generation beyond the Born-Oppenheimer paradigm. It bridges the gap between cutting-edge technology of attosecond laser science and the theory of chemical reactivity. The essence of this book lies in the method of nonadiabatic electron wavepacket dynamic, which will set a new foundation for theoretical chemistry.In light of the great progress of molecular electronic structure theory (quantum chemistry), the authors show a new direction towards nonadiabatic electron dynamics, in which quantum wavepackets have been theoretically and experimentally revealed to bifurcate into pieces due to the strong kinematic interactions between electrons and nuclei.The applications range from nonadiabatic chemical reactions in photochemical dynamics to chemistry in densely quasi-degenerated electronic states that largely fluctuate through their mutual nonadiabatic couplings. The latter is termed as “chemistry without the potential energy surfaces” and thereby virtually no theoretical approach has been made yet.Restarting from such a novel foundation of theoretical chemistry, the authors cast new light even on the traditional chemical notions such as the Pauling resonance theory, proton transfer, singlet biradical reactions, and so on.