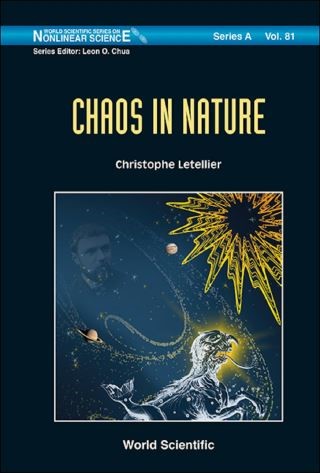 Chaos theory deals with the description of motion (in a general sense) which cannot be predicted in the long term although produced by deterministic system, as well exemplified by meteorological phenomena. It directly comes from the Lunar theory — a three-body problem — and the difficulty encountered by astronomers to accurately predict the long-term evolution of the Moon using “Newtonian” mechanics. Henri Poincaré's deep intuitions were at the origin of chaos theory. They also led the meteorologist Edward Lorenz to draw the first chaotic attractor ever published. But the main idea consists of plotting a curve representative of the system evolution rather than finding an analytical solution as commonly done in classical mechanics. Such a novel approach allows the description of population interactions and the solar activity as well. Using the original sources, the book draws on the history of the concepts underlying chaos theory from the 17th century to the last decade, and by various examples, show how general is this theory in a wide range of applications: meteorology, chemistry, populations, astrophysics, biomedicine, etc.