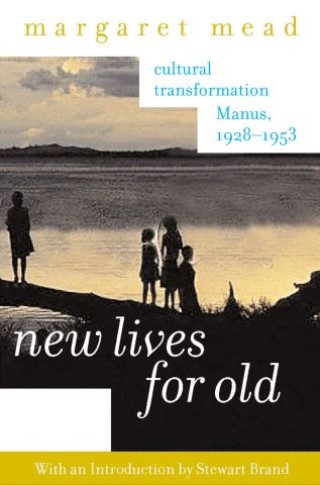 This edition of New Lives for Old, prepared for the centennial of Mead's birth, features introductions by Stewart Brand and Mead's daughter, Mary Catherine Bateson.

When Margaret Mead first studied the Manus Islanders of New Guinea in 1928, they were living with a Stone Age technology and economically vulnerable; they seemed ill-equipped to handle the massive impact that World War II had on their secluded world. But a unique set of circumstances allowed the Manus to adapt swiftly to the twentieth century, and their experience led Mead to develop a revolutionary theory of cultural transformation, one that favors rapid, over piecemeal, change. As relevant today as it was a half-century ago, New Lives for Old is an optimistic examination of a society that chose to change.

Margaret Mead: Margaret Mead (1901-1978) began her remarkable career when she visited Samoa at the age of twenty-three, which led to her first book, Coming of Age in Samoa. She went on to become one of the most influential women of our time, publishing some forty works and serving as Curator of Ethnology at the American Museum of Natural History as well as president of major scientific associations. She was awarded the Presidential Medal of Freedom following her death in 1978.