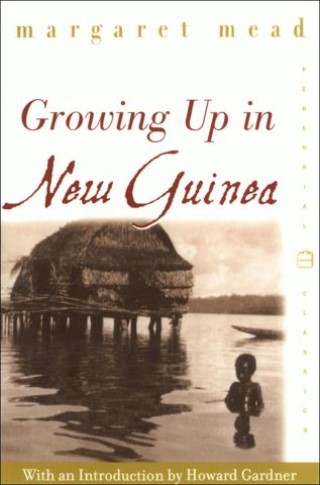 Growing Up in New Guinea

A Comparative Study of Primitive Education

Now with a new introduction by Howard Gardner, Ph.D., Mead's second book following her landmark Coming of Age in Samoa, Growing Up in New Guinea established Mead as the first anthropologist to look at human development in a cross-cultural perspective.

Margaret Mead was 23 when she traveled alone to Samoa on her first expedition to the South Seas. Her first book, Coming of Age in Samoa, chronicled that visit and launched her distinguished career. Following her landmark field work focusing on girls in American Samoa, noted anthropologist Margaret Mead found that she needed to study preadolescents in order to understand adolescents. In 1928 she went to Manus Island in New Guinea, where she studied the play and imaginations of younger children and how they were shaped by adult society. Mead and her second husband, Reo Fortune, lived in 24-hour contact with the inhabitants of this fishing village.

Margaret Mead: Margaret Mead (1901-1978) began her remarkable career when she visited Samoa at the age of twenty-three, which led to her first book, Coming of Age in Samoa. She went on to become one of the most influential women of our time, publishing some forty works and serving as Curator of Ethnology at the American Museum of Natural History as well as president of major scientific associations. She was awarded the Presidential Medal of Freedom following her death in 1978.