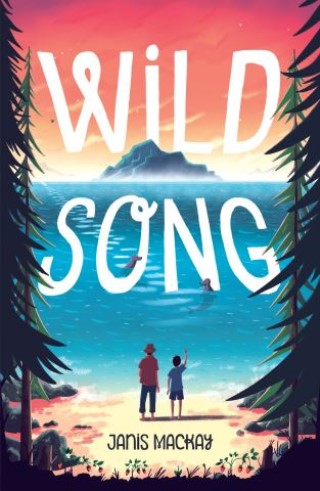 Thirteen-year-old Niilo's unruly behaviour means his loving parents sent him to Wild School, a young offender's unit on an island in the Finnish archipelago. Angry at first, eventually he comes to enjoy being there and builds a close relationship with his mentor, Hannu, who helps him face his demons and overcome his lifelong fear of water. But when Niilo hears Hannu is leaving, he is so upset he decides to run away. Escaping is one thing, but living alone in the wild is completely different and it tests Niilo to the utmost, especially as his fear of water still haunts him.

With the help of a seal, Hannu eventually finds Niilo, but on the way back to Wild School Niilo is thrown into the water and experiences a revelation that will change his life for the better.

Janis Mackay: Janis lives in Edinburgh and as well as writing she teaches creative writing at Edinburgh University. She is a prize-winning author of four novels and one picture book text. THE ACCIDENTAL TIME TRAVELLER won the Scottish Children's Book award in 2013. She has been a journalist, actor, storyteller and drama teacher, travelling the world in the process. She has been a writer-in-residence many times, mostly recently in Finland. She is inspired by the sea, seals and the dramatic north coast. Follow Janis at www.janismackay.com or on Twitter: @janismackay.