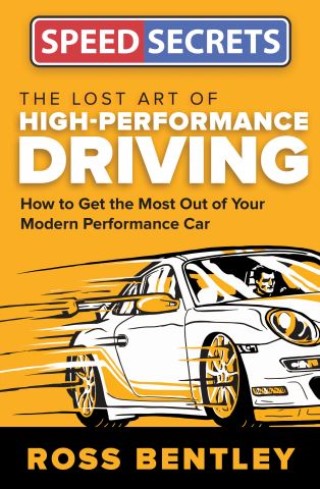 The Lost Art of High-Performance Driving

How to Get the Most Out of Your Modern Performance Car

In Speed Secrets: The Lost Art of High-Performance Driving, Ross Bentley explains in plain language how you can train yourself to become a true performance driver.

With the promise of autonomous vehicles in our near future, and current cars equipped with "driver aides," it's not hard to feel like the art (and science) of performance driving has been all but lost. Don't lose hope! For every device designed to take the act of driving out of your hands, the desire to actively participate in driving a car becomes even stronger for driving enthusiasts.

In Speed Secrets: The Lost Art of High-Performance Driving, you will learn exactly how to become an even better performance-oriented driver; whether it's to enjoy a twisty mountain highway, to take that secret back-road route to work, or even participate in a track day on a racing circuit.

From how to best use your car's controls, to cornering, to dealing with adverse driving conditions, The Lost Art of High-Performance Driving will make you a better performance driver. Along the way, you'll learn what ABS, traction and stability control, self-braking systems, and semi-automatic transmissions do, and how best to incorporate them into your driving.

This is the true guide to speed, and it will help you understand your car more intimately than ever. Most importantly, it will fuel your passion for driving!

Ross Bentley: Ross Bentley is the author of the popular Motorbooks Speed Secrets series. He is a racing coach, race car driver, author, and speaker. Bentley grew up in a racing family in Vancouver, British Columbia. He raced in the CART Indy Car series in the 1990s before moving on to endurance racing, where he won the 1998 GT3 United States Road Racing Championship and the 2003 SRPII Class Rolex 24 Hours of Daytona. Bentley currently resides in Redmond, Washington.