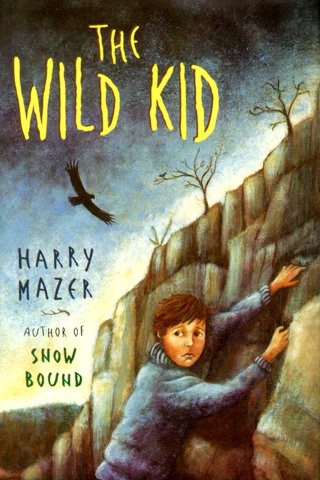 "Can I go home now?"
After his bike gets stolen, twelve-year-old Sammy gets lost in the woods near his home. He stumbles upon the makeshift hideaway of the "wild kid" named Kevin, who has run away from reform school. Will this strongly independent tough let Sammy get home to his family? Can they both survive in the unforgiving wilderness?

Harry Mazer: Harry Mazer is the author of many books for young readers, including Please, Somebody Tell Me Who I Am; My Brother Abe; the Boy at War trilogy; The Wild Kid; The Dog in the Freezer; The Island Keeper; and Snow Bound. His books have won numerous honors, including a Horn Book honor and an American Library Association Best Book for Young Adults citation. Along with his wife, Norma Fox Mazer, Harry received an ALAN award in 2003 for outstanding contribution to adolescent literature. He lives in Montpelier, Vermont.