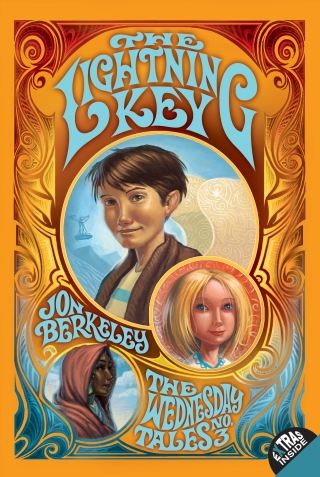 The Wednesday Tales No. 3

Miles Wednesday is suddenly at the wheel of a great voyage. Determined to recover the stolen Tiger's Egg and free the trapped soul within, Miles sets off with his Song Angel friend, Little, and the wisecracking blind explorer Baltinglass of Araby across sea and desert to the home of Miles's aunt Nura, who may be their only hope in releasing the stone's true power. Their travels are riddled with thrills and near catastrophes, but most threatening is a dark Sleep Angel who's descended from the Realm to seize the Egg or forfeit Miles's life. Will Miles crack the secrets of the Egg and stand up to the Realm before he faces grave danger? And, above all, will he ever be able to bring back his father?